Zaolu Pickle Sauce! This is an awesome ingredient from Zhejiang that I haven’t seen much about in English language sources – and when I have seen it mentioned, about half the time I’ve seen it lumped into ‘zui’ or ‘drunken’ dishes.

I hope we’re not somehow aggravating the confusion by evoking drunken dishes in the video – zui and zao are similar, but still use distinctly different ingredients.

– Use one bottle and completely submerge the ingredient.
– Optionally add a splash of Shaoxing wine to make it a touch boozier. You can also optionally add a sprinkle of MSG, but the one brand that’s available outside China is super heavy on the MSG anyhow – so likely not needed.
– Soak at least four hours and up to 24.
– This’s a one-and-done thing, the brine loses its flavor after one soak. Not too big of a problem though, as in China a bottle costs ~7 CNY, and in the USA it was $2.50.

– We used 500 grams. This is good for about one box/bottle’s worth.
– Thoroughly wash, then snip both ends of the Edamame.
– Boil (not too rapidly) for ~9 minutes, together with an optional star anise or two
– Strain and let cook down to roughly room temp

– We used 250 grams this is good for about a half a box/bottle’s worth.
– Toss the shrimp into boiling water. Bonus points if they’re still alive when you do.
– Boil for ~90 seconds, or until they’re beginning to be a bit buoyant or until the smallest one is *just* starting to float. If all your shrimp are floating, they’re already overcooked (though maybe if you ice bath it that might be ok? I’m open to debate).
– Shock with cool water to stop the cooking process.
– Either (A) pull the head + legs off with your hands, or (B) snip the head off at a 45 degree angle
– Rinse, then pat dry.

– Dougan (豆干) is a sort of hyper firm tofu product that should be available at Chinese supermarkets. Are you the type of person that likes to press the crap out of your tofu? You’ll love dougan. (Whoever is able to mass market this stuff to Americans’ll be a billionare)
– Cut into ~1 inch by ~2 inch rectangles
– Blanch for ~2 minutes in boiling water.
– Remove, let it dry off a touch.

And check out our Patreon if you’d like to support the project!

Outro Music: “Add And” by Broke For Free

We’re Steph and Chris – a food-obsessed couple that lives in Shenzhen, China. Steph is from Guangzhou and loves cooking food from throughout China – you’ll usually be watching her behind the wok. Chris is a long-term expat from America that’s been living in China and loving it for the last eleven years – you’ll be listening to his explanations and recipe details, and doing some cooking at times as well.

This channel is all about learning how to cook the same taste that you’d get in China. Our goal for each video is to give you a recipe that would at least get you close to what’s made by some of our favorite restaurants here. Because of that, our recipes are no-holds-barred Chinese when it comes to style and ingredients – but feel free to ask for tips about adaptations and sourcing too! 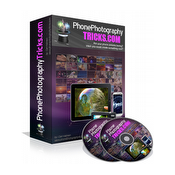 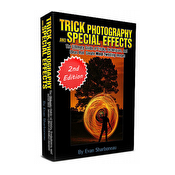 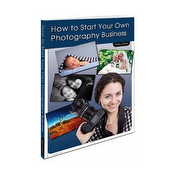